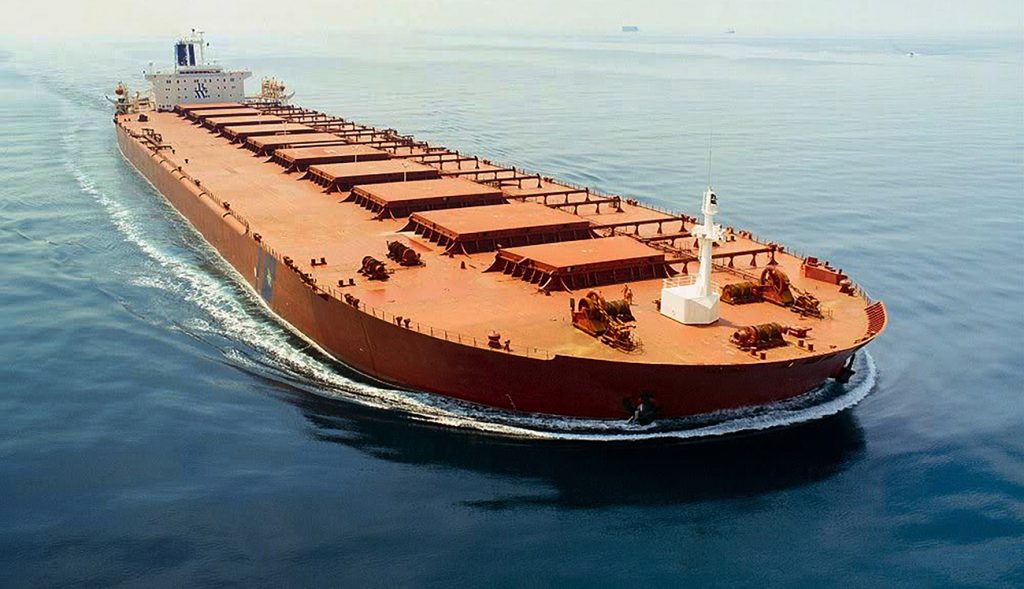 Remember how the Bahamas-flagged Bulk Jupiter sank in 2015, taking the lives of 18 seafarers? It was carrying bauxite, a sort of granular bulk cargo that may be affected by liquefaction.

What’s liquefaction?
Cargo liquefaction occurs when 𝗱𝗿𝘆 𝗯𝘂𝗹𝗸 𝗰𝗮𝗿𝗴𝗼𝗲𝘀 𝗯𝗲𝗵𝗮𝘃𝗲 𝗹𝗶𝗸𝗲 𝗹𝗶𝗾𝘂𝗶𝗱𝘀. During ocean transport, cargo is exposed to engine vibrations, ship motions and wave impact. This leads to the cargo going from a solid to a fluid state.

The resulting liquid may shift rapidly in the cargo hold, which compromises the ship’s stability and can 𝗹𝗲𝗮𝗱 𝘁𝗼 𝗶𝘁 𝗰𝗮𝗽𝘀𝗶𝘇𝗶𝗻𝗴.

Which dry bulk cargoes are liable to liquefy?

Mineral concentrates and some by-products, such as red mud or mill scale, are known to liquify. However, it’s nickel and iron ores that pose the greatest risk, according to the International Association of Dry Cargo Shipowners (Intercargo).

The International Maritime Solid Bulk Cargoes (IMSBC) Code, which is of mandatory application under the SOLAS Convention, sets out the provisions for safe carriage of solid bulk cargoes by sea.

Pursuant to the IMSBC Code, cargoes are divided into 3 groups:

Otherwise, it will be treated as a Group A cargo.

The Code prescribes testing and certification requirements to ensure that cargoes are only loaded if the moisture content is sufficiently low to prevent liquefaction during the voyage.

Which party covers the costs derived from the loss of a bulk carrier due to liquefaction?

H&M: loss of the ship itself.

Owners: possibly search and rescue costs (not attributable to insurers by default).

However, bear in mind that:

If the Member has not abided by the Code, the Club will not reimburse them for any costs derived from cargo and people claims. The claim would fail due to a lack of breach of duty by the carrier.

P& I insurers may have to meet certain liabilities in terms of wreck removal or pollution costs up to the limits set out in international conventions. They will also support dependants of fatalities. In the event that the cover has been compromised, Clubs may recover the costs incurred from Members.

Owners and their insurers will look to pursue recourse claims against charterers and cargo interests on the basis of the common law obligation not to ship dangerous cargo without prior notice, under specific charterparty clauses (such as BIMCO’s) or other terms in the B/L or charterparty.

Struggling to navigate a tricky claim related to liquefaction? Rely on our TPA services and let us recover your loss.