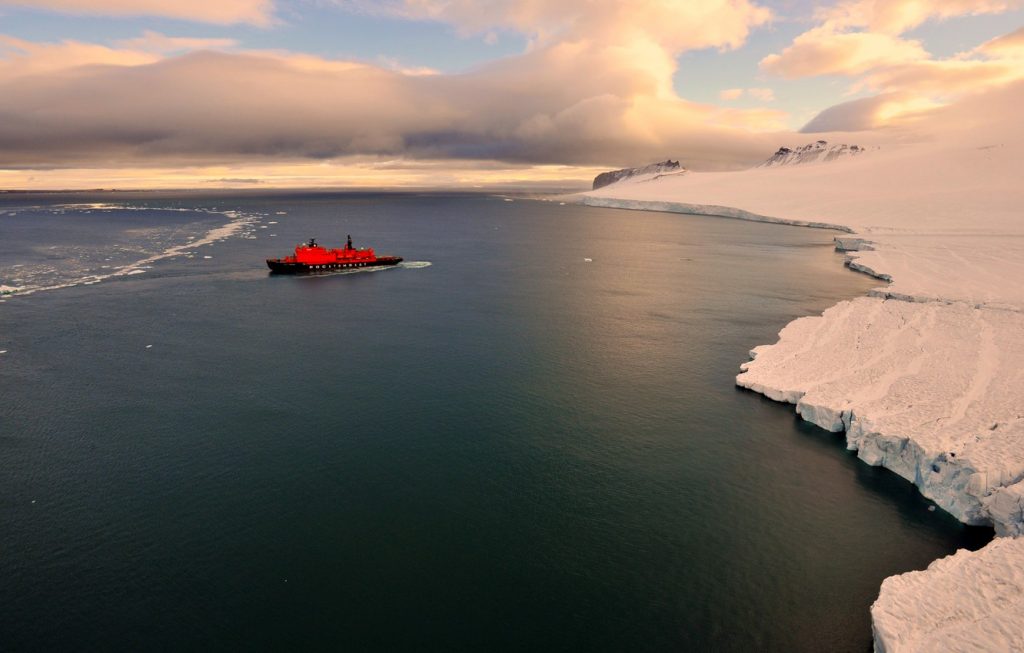 1. Why there is more shipping activity?

The increase in Arctic shipping is made possible by the year‑on‑year reduction in sea ice, which is opening up potential alternative routes for global trade.

2. Which Arctic shipping routes are open for commercial navigation purposes?

If the trend of the reduction in sea ice continues, parts of the Arctic could be used more reliably for navigation, at least during summer months and for longer periods of time. The main maritime paths used by vessels to navigate include:

3. What kind of ships navigate in the region?

The United Nations Convention on the Law of the Sea (UNCLOS) sets out the basic rights and obligations of States in their respective capacities as coastal States, port States and flag States as well as the interests of the international community. It gives countries jurisdiction over ice-covered waters within 200 nautical miles (300 kilometres) of their coast, an area known as the exclusive economic zone.

The Arctic Council (AC). Member states of the council include Denmark, Canada, Norway, the United States, Russia, Sweden, Finland, and Iceland. The council also has a number of permanent participants drawn from groups that represent communities and peoples indigenous to the Arctic.

The International Maritime Organization (IMO) encourage implementation of the Polar Code and Guidelines for Ships Operating in Arctic Ice-covered Waters.

The domestic laws of these nations govern actions taken within their territorial waters.

4. Is going to be more common to see container ship in the Arctic routes?

For cargo transport, whether by the Northern Sea Route, the Northwest Passage, or the Transpolar Route, Arctic routes are 30 to 50% shorter than the Suez or Panama Canals (2).

However, despite the significantly shorter route, that doesn’t mean the commercial sector has a big interest in the possibility of transit shipping because shipping companies rely on the economies of scale and on-time delivery within a tight schedule for container shipping of goods (as opposed to bulk shipping of raw commodities).

The Arctic only allows limited vessel sizes which are permitted under the Polar Code. The steady increase of vessel size internationally makes mass transit impossible, not to mention other factors such as extreme weather.

“To operate in the Arctic, cargo ships will likely be limited to a capacity of 3,000 Twenty-foot Equivalent Unit (TEU) or below, resulting in a higher cost per TEU in comparison with a Suez Canal transit, where ships routinely carry more than 18,000 TEUs.” (3)

5. What risks are involved for shipping containers in the Arctic?

Shipping activity in Arctic waters faces a number of risks, including unpredictable and extreme weather conditions, salvage costs and emergency response services, limited satellite navigation coverage, and a lack of detailed voyage and hydrographic data. In addition, expensive insurance costs, icebreaker escort and uncertain governance can also jeopardize shipping operations in the Arctic.
Maritime traffic in the North is rising and polar shipping requires a much more proactive approach to risk management. We need a new framework for data, technology and training, and not just wait to study casualties if this is to become a viable and safe shipping route.

P.S. Is there anyone else who would be happy to enjoy a week in The Arctic to get away from this record breaking hot summer?